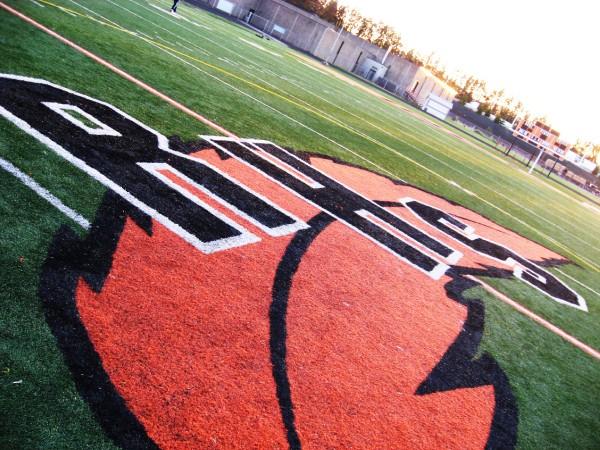 Roseburg jumped out to a 14-0 first quarter lead and cruised to a 47-8 win over Barlow during an opening round playoff game of the OSAA 6A State Football Championships Friday night at Finlay Field.

The Indians (8-2) already had a 7-0 advantage when tailback Josh Weaver scored on a 36 yard touchdown run. Roseburg added another score after fullback Lucas Corder scampered 18 yards for his 18th touchdown of the season.

Weaver finished with more than 160 rushing yards and two scores and Micah Audiss accounted for a pair of touchdowns, including a 26 yard reception and an 80 yard interception return.

Next up, the Indians travel to West Salem for a second round game on Friday, November 20.

Elsewhere in the 6A ranks, South Medford upended Oregon City 20-13; North Medford was eliminated by Canby 62-24; and Sheldon blew out Tigard 71-26.

Two other local teams weren't as fortunate as Roseburg on Friday. North Douglas had its season come to an abrupt end with a 7-0 loss to Bonanza in a 2A playoff game in Drain; and 3A Glide was beaten by Rainier 62-6.