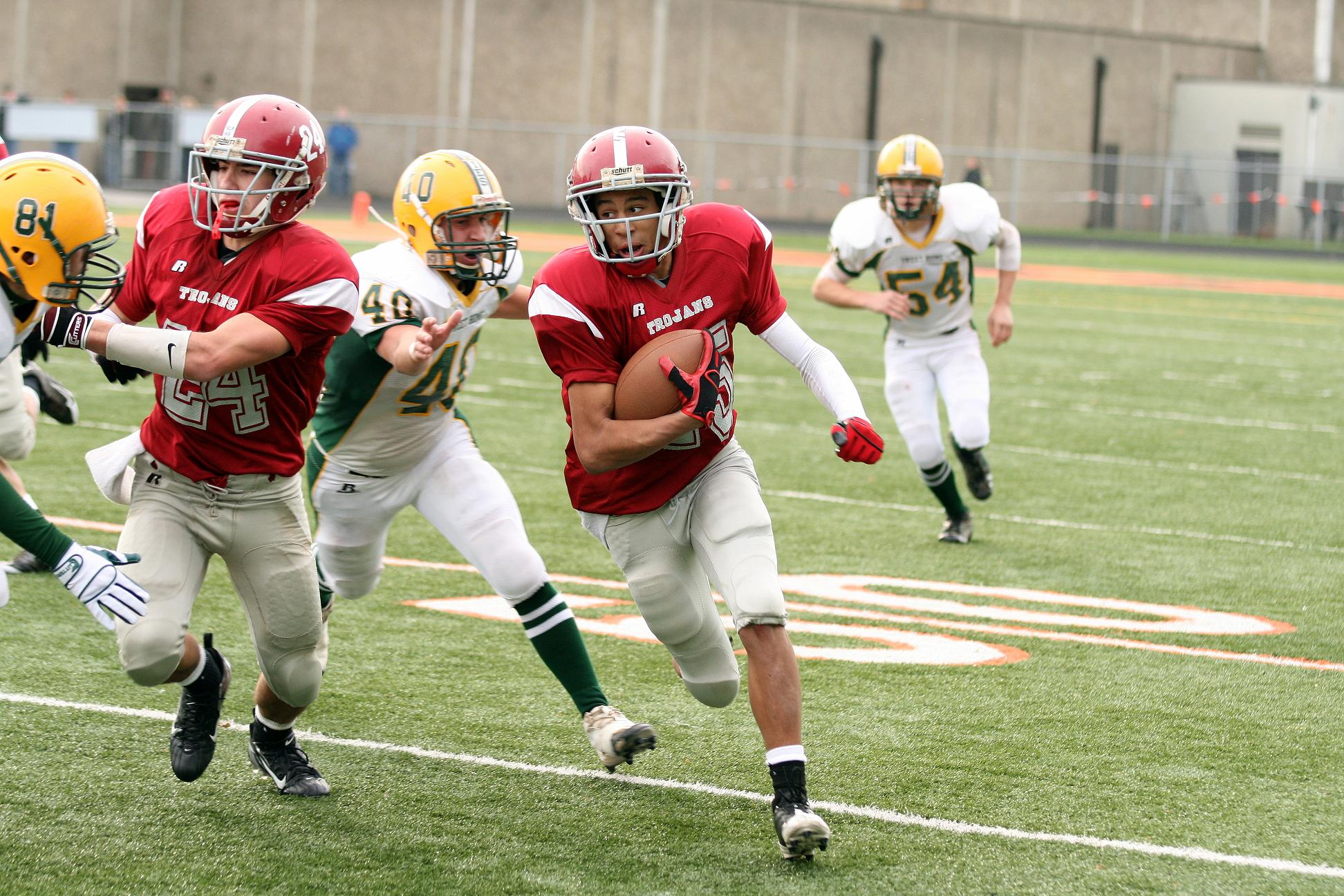 Douglas High School football players occupied 11 spots on the Far West League's first-team offensive and defensive squads. Head coach Joe Polamalu made it a clean sweep for the Trojans after being tabbed as the top coach in 2009.

Running back Jered Stoffal was named the FWL's offensive player of the year after rushing for nearly 1500 yards and 20 touchdowns, while Trojan linebacker Ricky Cortes was selected the league's best on defense.

In two seasons at the helm in Winston, Polamalu has a 15-7 overall mark, including a 10-1 record this season, and a pair of Far West League titles.

Sutherlin's Jim Henry was named first-team offense and defense for the Bulldogs. Junior kicker Kyle Jaukurri joined Henry on offense, while teammate Dirk Kats was selected as a first-team defensive back.