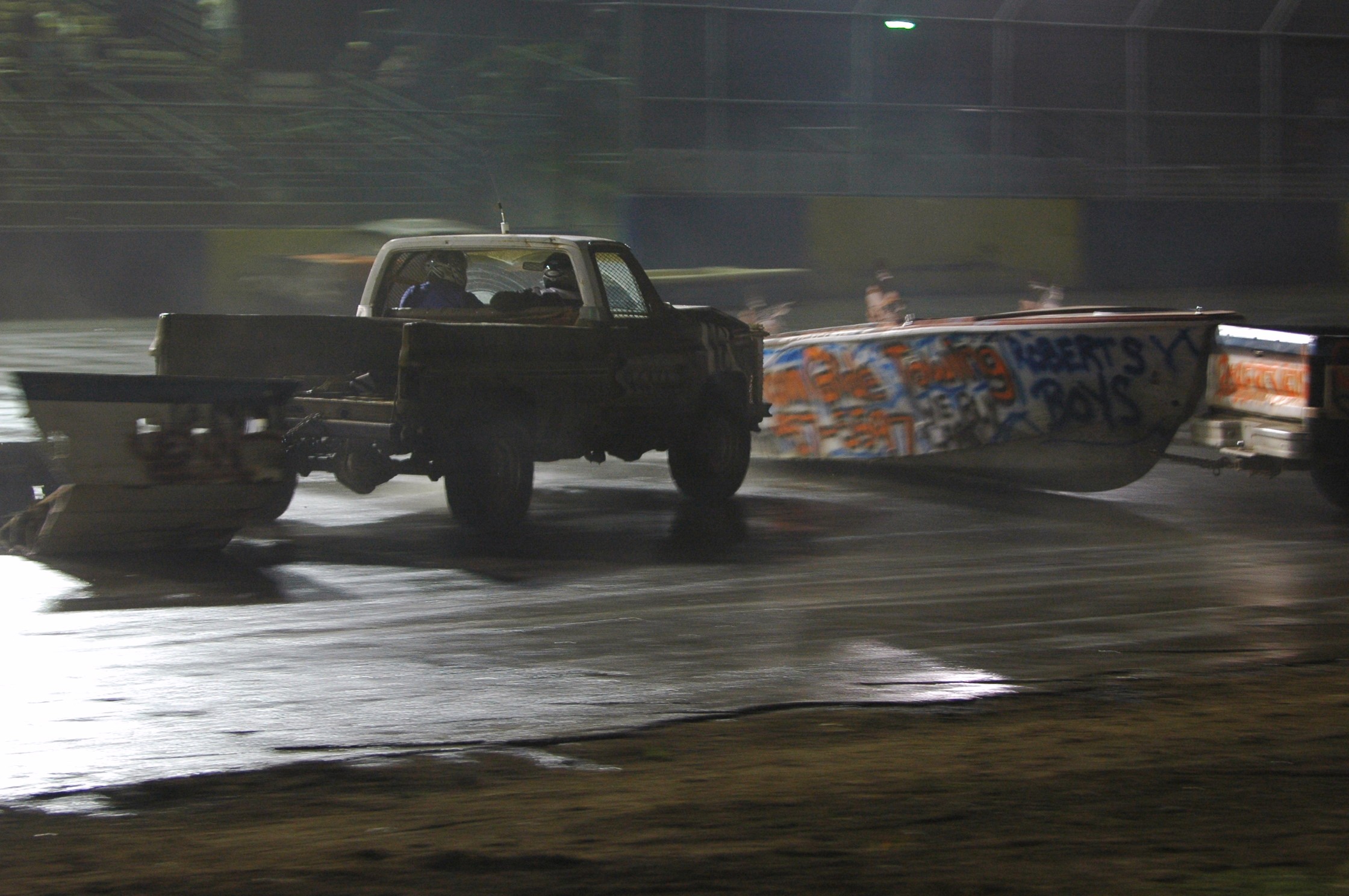 By BZ ZELLER
With the future of the Douglas County Speedway in limbo, spectators, staffers and drivers walked away Saturday night leaving behind a track full of debris and waste.
Cleatus Roberts III and his brother Keith Roberts completed a season sweep of the two wreckage events by capturing the Crash Classic Boat Race that highlighted the schedule finale.
The Fair Board announced Wednesday that it had rejected proposals from the two candidates who submitted bids to operate the race facility next year. Fairgrounds manager Harold Phillips said he has been involved with five separate promoter proposal sessions since 1995.
“The county has decided to go in a different direction,” Phillips said.
The Board convened with about 200 citizen participants from the racing community. The citizens, which included racers from Coos Bay, Jefferson, and Cottage Grove, were told by the Board that the facility would be rented out on reserved date agreements, much like the Community, Floral and Douglas Hall buildings are currently operated.
There were seven entries in this year’s annual event. Participants dragged boats behind their vehicles and scored by points by dislodging competitor boats, hitting loose boat s and driving over boat pieces. By the time the checkered flag flew on Lap 35 of the scheduled 50 lap event, there was nothing left on the asphalt that remotely resembled a water vessel.
The Roberts brothers won the Trailer Race earlier in the season. That event, like the Boat Race, is designed to dislodge and create trailer carnage.
Clint Hatfield and co-driver Josh Lonie was awarded second place. Michael Mitchell was the last entry to have his boat dislodged. The car builder and driver team of Brad McMaster and Craig Senger, who had won the past five Crash Classics, did not enter Saturday.
Earlier in the race program, Benjer Herbert, Amos Rhodes and Rob Mueller all won their respective Main Events and subsequent points championships. 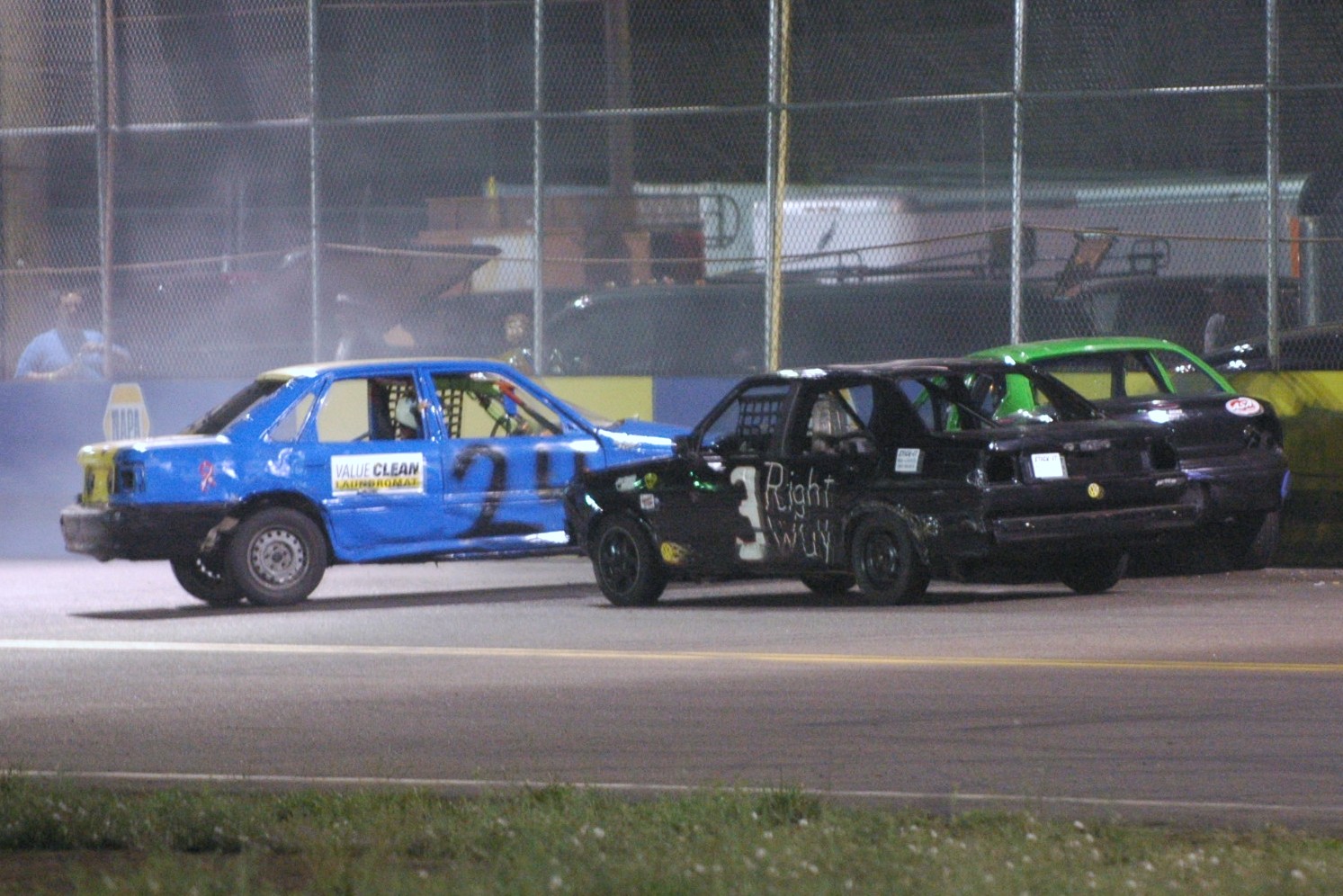 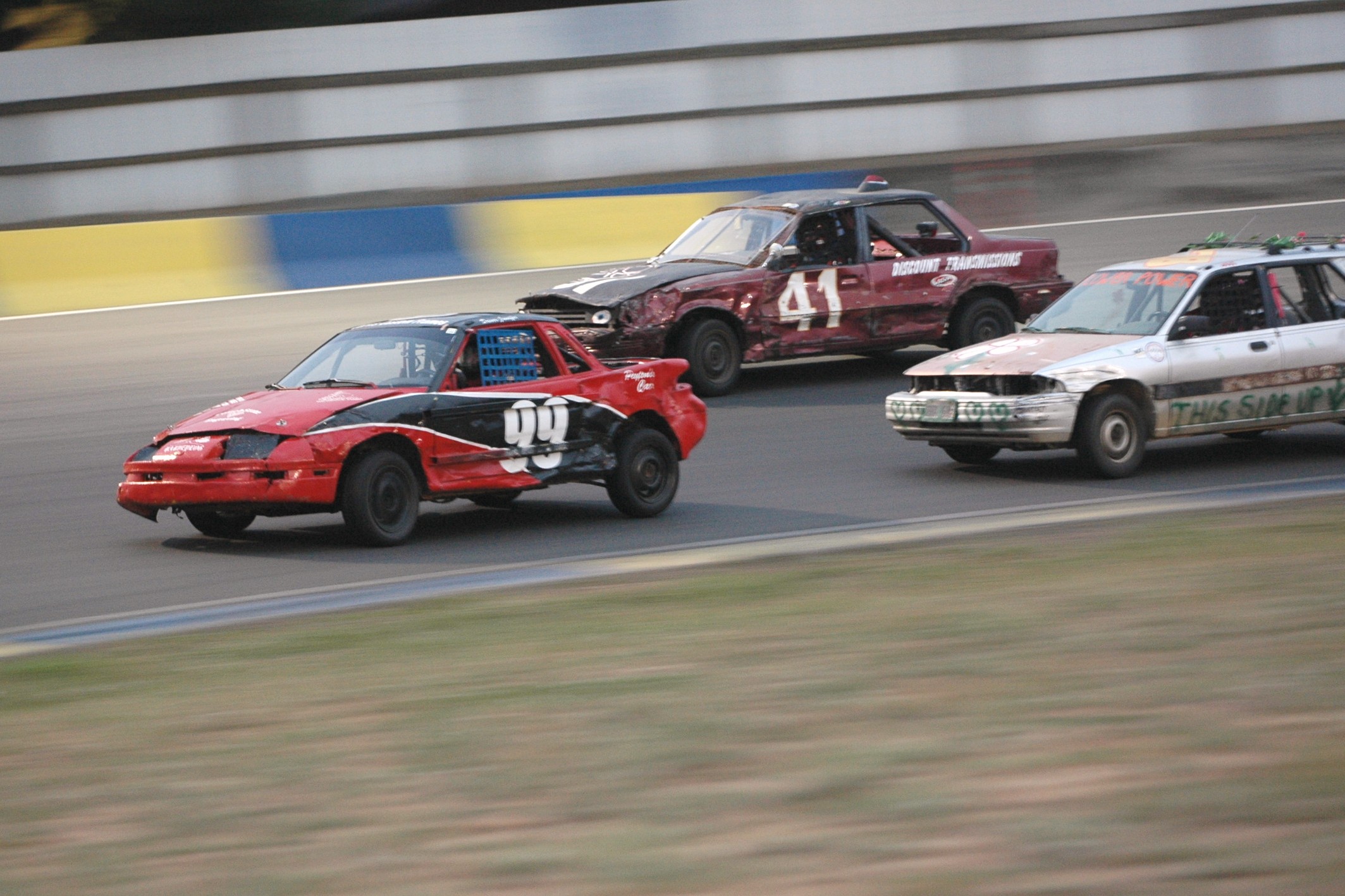 Monte Cox Jr. topped a 19-car field of Hornets in its 25-Lap Main. Andy Nelson, Dave Jobe, Daniel Butterfield and Bob Vancil were second through fifth. Jennifer Taylor and David Beals each won Heats. Cox was the fast qualifier (19.580).
Beals, unofficially, is the Hornet points champion with Butterfield, Don Tigrett and Daniel Jobe placing second, third and fourth.
John Cornilsen, who participated in the Crash Classic, won the J-Car championship.
*You can reach Douglas County Speedway writer/announcer BZ Zeller at This email address is being protected from spambots. You need JavaScript enabled to view it.
Photos by BZ Zeller:
-Clint Hatfield and co-driver Josh Lonie look to crash their truck into the boat driven by Cleatus Roberts III and Keith Roberts in the Crash Classic Boat Race Saturday night at the Douglas County Speedway. The Roberts won the event.
-Cody Rasmussen (left, blue 24) loses control in Turn 2 and collides into David Beals (green car along wall) during the Hornet Main Saturday night at the Douglas County Speedway. Bob Vancil (3) tries to avoid the collison.
-Jennifer Taylor (99) leads Robby Vancil (41) and Jeff Miller a Hornet Heat race Saturday night at the Douglas County Speedway. Taylor went on to win the race, which was her first victory of the season.