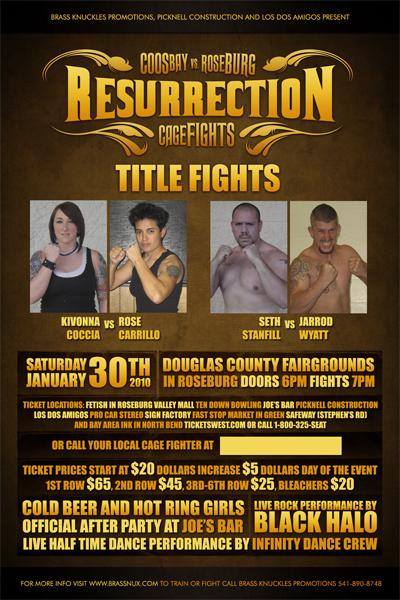 It was the second time Coccia (2-1) defeated Carrillo (3-3-1) - both times by judges decision. The fight went all five rounds before the judges declared Coccia the winner of the fight and the title, which was vacant prior to the fight.

In other fights featuring local competitors, Seth Stanfill lost a 205-pound professional title fight to Jarrod Wyatt of Crescent City. The fight ended late in the first round via tap-out.