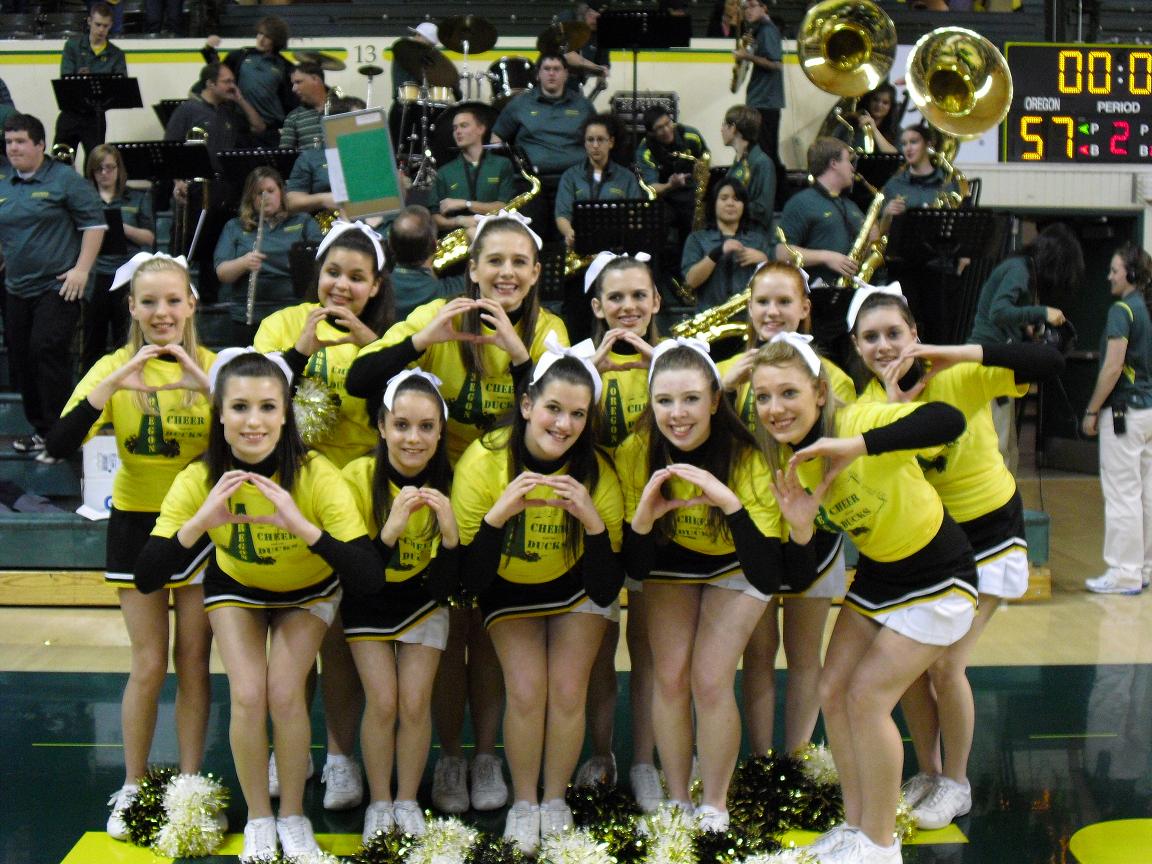 The South Umpqua cheerleading squad recently performed at McArthur Court in Eugene during a University of Oregon Womens' basketball game.

The SU varsity squad was invited by Duck Cheerleading Coach Dayna Guthrie to cheer for the Oregon Womens' basketball team at the Third Round of the WNIT Tournament held at historic Mac Court March 25th.

"It was a wonderful experience and privilege to coach my team to cheer at the Division-I level," Lancer Cheer Coach Toni Gibbons said. "The girls had a wonderful time and I am glad they got to see what could come at the next level after high school. Hearing me talk about it is one thing, but getting to actually do it is such an awesome opportunity. From the fans to the Green Garter Band and throwing T-shirts after every three-point shot made - what a great evening."

The Team was also given shirts and furnished a private locker/dressing room. After the game a dinner was provided for them by the university. In the game, the Ducks lost to the California Golden Bears 71-57 to end their run at the Women’s National Invitation Tournament.