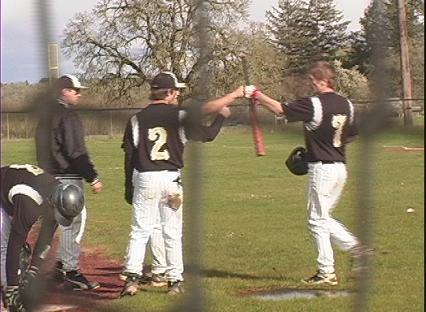 Austin Marsh stretched his scoreless innings streak to 17 after pitching South Umpqua to a 10-0 win over Elmira in a non-league baseball game Wednesday afternoon in Lane County.

The junior righthander improved to 3-0 on the season allowing just two hits, while striking out six Falcon hitters.

"We were a little sluggish in the first couple of innings and acted like we'd been inside the last three days," SU head coach Ryan Savage said. "We were anxious at the plate early on, but eventually we relaxed and started swinging at better pitches."

Catcher Jake Hill knocked in three runs with a home run and a double; and DJ McKenna had a pair of doubles and three RBI's.