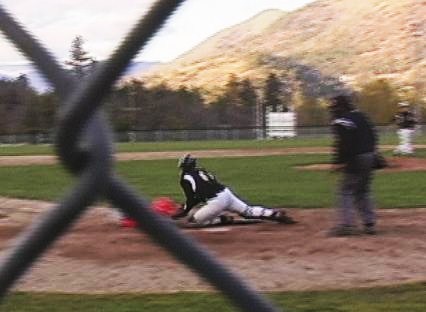 The South Umpqua baseball team lost both ends of a doubleheader to Hidden Valley 3-2 and 8-3 during a non-league twinbill Tuesday afternoon in Murphy.

In the opener, the Lancers scored two runs in the top of the first inning, but the lead was short lived. SU committed a pair of errors in the bottom of the inning and Hidden Valley took a 3-2 advantage. Neither team would score again and the Mustangs hung on for the one-run victory.

South Umpqua (4-2) also held a two-run lead in the second game, but Hidden Valley scored seven times in the final two innings to beat SU 8-3. The Mustangs (7-2) took the lead in the bottom of the sixth inning on a controversial suicide squeeze play. The baserunner scored just ahead of the throw from pitcher Josh Kennedy prompting an argument from head coach Ryan Savage, who was eventually ejected from the game.

Blake Cupp, Brad Boyd and Kennedy each had two hits; and sophomore Tyler Blansett had two RBI's in the nightcap.