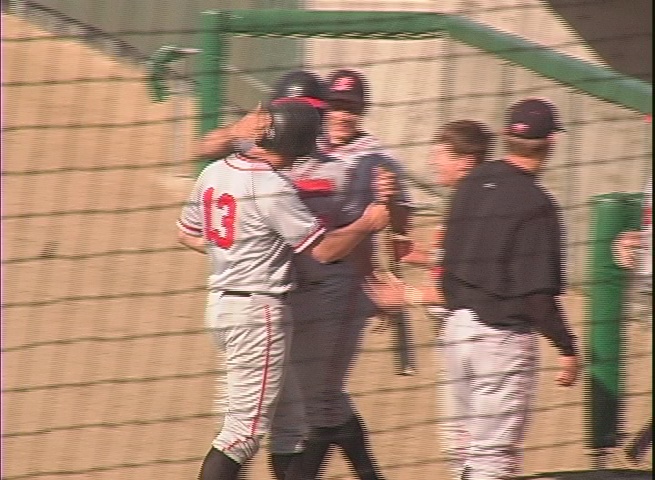 Roseburg scored 10 runs in the top of the first inning and cruised to a 22-2 win over South Medford in a Southwest Conference baseball game Tuesday at Harry and David Field in Medford.

Offensively, Vince Ampi had three hits, including a home run and four RBI's; and rightfielder Mitch Huff hit a grand slam and knocked in six runs for the top-ranked Indians.

Roseburg (10-0, 17-1) travels to third-ranked North Medford on Saturday for a conference doubleheader with the Black Tornado.

Glide (6-3, 8-7) beat Reedsport 10-0 to move into sole possession of second place in the Sunset Conference.

North Douglas upset defending state champion Umpqua Valley Christian 9-6. The Warriors (8-1, 19-3) now hold a one game lead over the Monarchs (7-2, 9-10) atop the District 4 standings; and Riddle slipped by Yoncalla 4-3.

The Roseburg softball team pounded South Medford 18-8 in a battle for third place in the SWC; Douglas beat Brookings 6-1; Glide stayed perfect in conference with a 13-1 victory over Reedsport; Oakland continued its winning ways with an 8-4 win against Glendale; and Riddle beat Yoncalla 6-3.