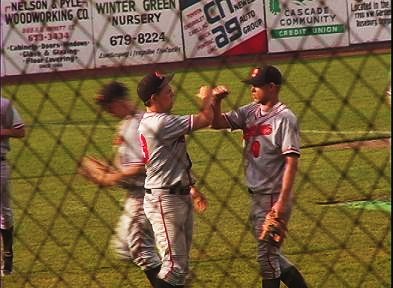 A number of Douglas County athletes were recognized for their accomplishments on the baseball diamond this past season.

Roseburg catcher Vince Ampi; infielder John Farrington; and outfielders Cameron Newell and Mitch Huff were selected to the 6A all-state team after leading the Indians to the Southwest Conference title.

Pitchers Brandon Jackson and Josh Graham made the second team.

"All five of the seniors had outstanding careers and they were well-deserved honors," Roseburg head coach Troy Thompson said. "As for Josh, he had a fantastic sophomore season and we're excited to have him back for two more years."

Sutherlin outfielder Blayne Sterling was a first-team selection in class 4A; while Douglas's Jered Stoffal was named to the second team; South Umpqua's Blake Cupp was joined on the third team by Sky Woods of Douglas; and Sutherlin's Kyle Jaukkuri was an honorable mention selection.