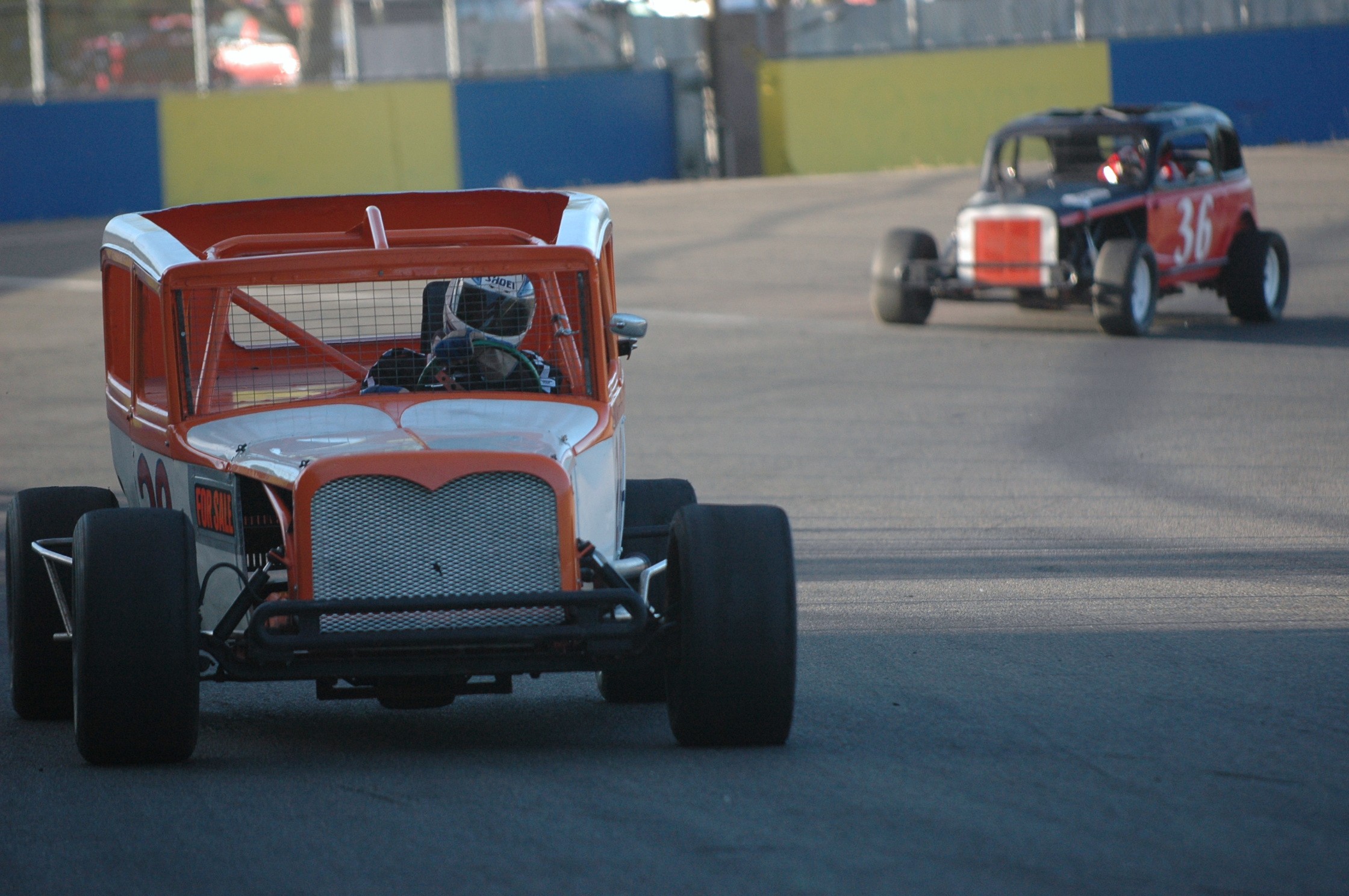 By BZ Zeller
Riley Watson said he had no intentions of winning the feature race Saturday night at the Douglas County Speedway. In fact, the Late Model driver said he rode to the track on his motorcycle without his racing gear on a sole purpose to be a crewman for his dad.
However, Watson wound up piloting Brad Watson’s orange No. 1 to victory in the 40-Lap Snapware Glasslock Main Event. Watson started the race from the seventh position ,assumed the lead on Lap 10 and held off fast-qualifier Kyle Pope to claim the checkered flag. Pope’s son, Anthony, finished third with Jeff Smith and Dale Roth placing fourth and fifth respectively.
The winning Watson explained that after working extended hours at his job and repairing his green No. 11 from a crash two weeks ago, he was resigned to being a pitman Saturday. But, the elder Watson had other plans. He brought his racecar along with Riley’s race suit and helmet to the speedway and handed over the keys to his son.
“This was supposed to be the first year in a long time that Dad (Brad Watson) was going to be back in a racecar,’ Riley Watson said. “We built this car from a bare, rusty chassis laying out in the field. We’ve put a lot of heart in it.”
Watson said both cars will enter the next scheduled race.
While the Watson father-and-son duo are planning a successful return, it was Kyle and Anthony Pope who made their own Saturday night. After both Popes failed to finish in their first appearance of the season, they bounced back with impressive finishes. Kyle Pope started the main in the back of the field and moved into the second spot on Lap 23.   He made a valiant effort for the lead during Lap 33 on the backstretch, but couldn’t complete the pass before the turn.
“I could catch him (Watson), but I couldn’t get around him,” Pope said. “At the end of the race, my car was loose big time.” 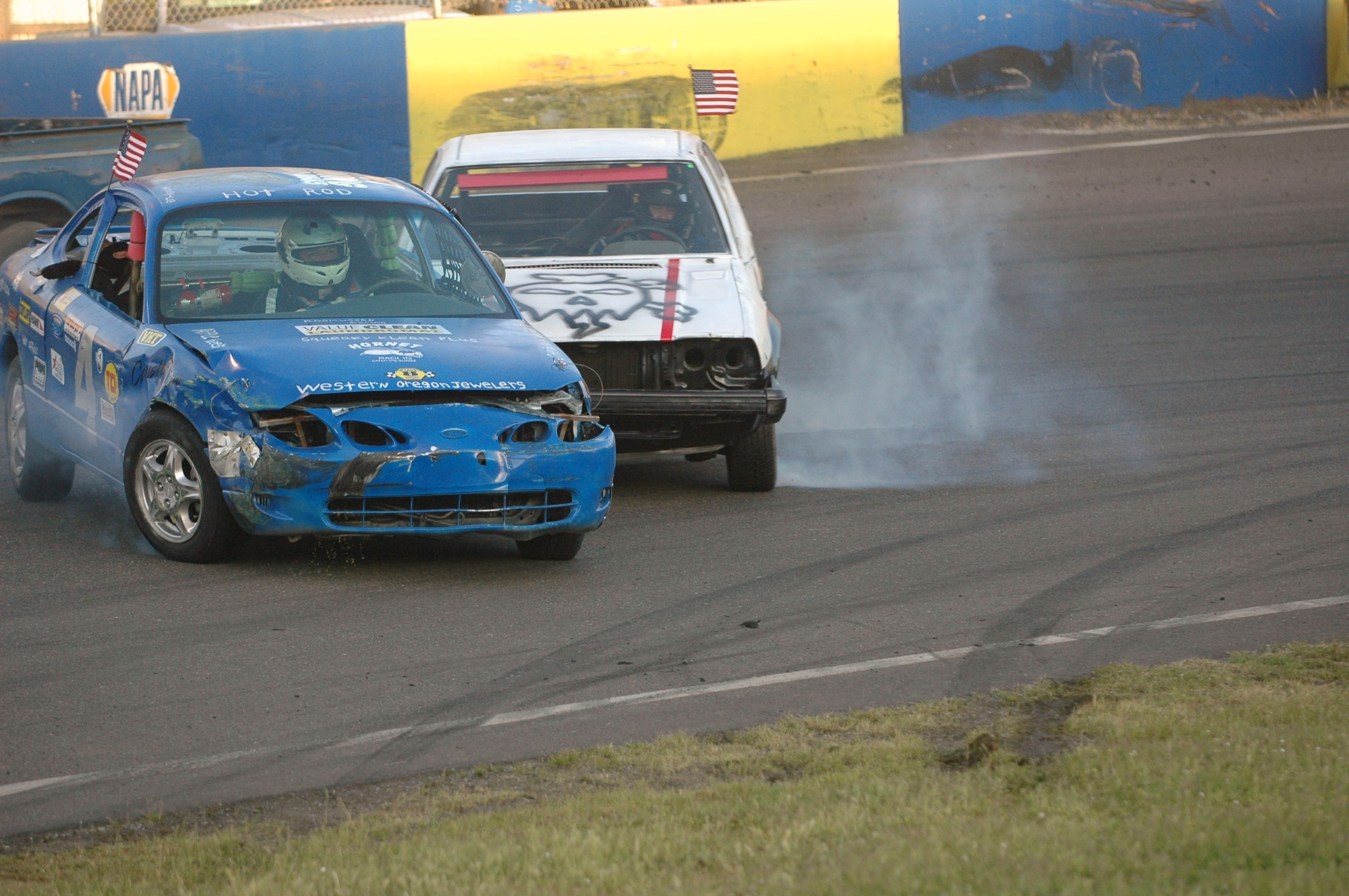 Wade Koens won the A Heat, Steven Snawder won the B Heat and Watson won the Trophy Dash. Kyle Pope’s 15.395 second lap topped all drivers in qualifying.
Tim Jennings shed his series of bridesmaid finishes an d captured his first-ever Old Time Racers of Oregon Main win. Jennings held off OTRO stalwart Mike Batman by a quarter-car margin at the finish line. Trevor Thomason was third.
Batman was the fast qualifier (17.645 seconds) and won the A Heat and Troy Gasner won the B Heat. Jennings won the Dash.
The largest Main field of the night was the 21-car Hornet grid. Points leader Jeff Solburg snared the race lead early and cruised to victory with “Grandpa” Bob Miller and Monte Cox finishing second and third.
Solburg captured the A Heat with Benjer Herbert and Brian Bach also claiming Heat wins. Cox (19.904) was the fast timer.
Melody Stutzman won the Lady Stinger Main and time trial (21.244). Rebecca Lane edged Jessy Jobe at the finish in the Heat. Ricky Perry won Junior Stinger Main and Sean Yarbrough won the Heat.
In the Street Stock class, Rob Mueller won the Main, the Dash and time trial (17.261). Points leader Daniel Jobe finished second and Monte Cox Jr. was third. David Murphy won the A Heat and Ed Fry won the B. 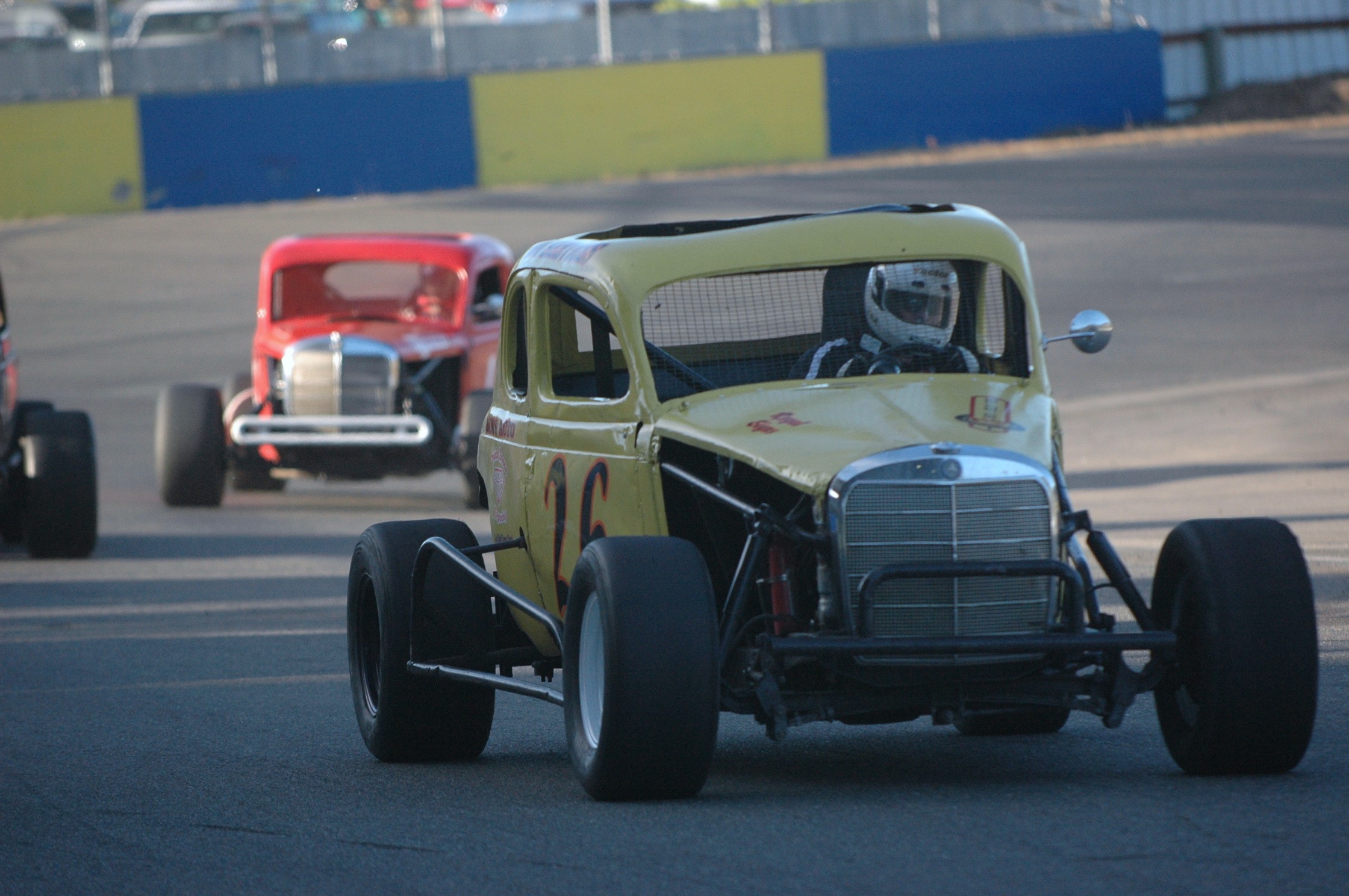