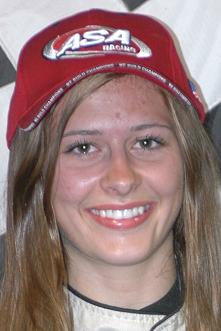 “I was waiting for (Vern Scevers) to make a mistake because I knew I had a faster car,” Jackson said. “I didn’t want to do anything too risky. I had to get through some lapped cars, but I knew I was pretty safe with just a few laps to go before the finish.”

Scevers, a former local sprinter who now races out of Crescent, led the first 27 laps. Scevers never made a mistake, but his florescent orange, No. 15 overheated and on the same circuit that he yielded the lead to Jackson, he had to exit the track. Scevers also experienced temperature problems in Post Falls.

“We knew before the race that we were still concerned about overheating. I looked down at the temperature gauge and it said 240,” Scevers said. “At the same time I looked at the gauge, Sierra got under me. I had oil all over my foot and the motor was just way too hot. So I just pulled it in.” 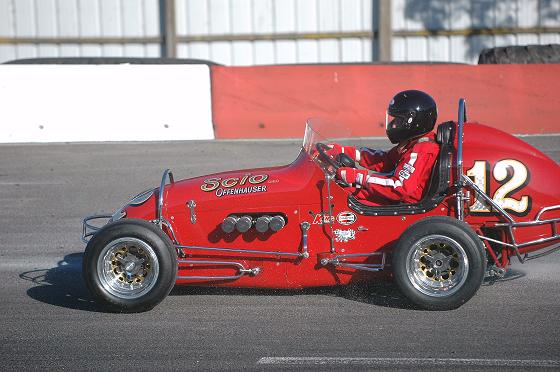 Alberding clocked the fastest lap (12.638 seconds) during time trials and nearly eclipsed his own DCS track record (12.494). Hein, who broke his own track record in Post Falls was a close second (12.837). Unfortunately for the two local drivers, the feature field was set at a 10-car invert, which equated too great a challenge for them to pass their way to the front in 40 laps. The two-time defending NSRA champion Hein continued his season-long top five streak with a third place finish. Alberding, who was the tour champ in 2007, earned a fifth place conclusion.

“It was another great race and our car was good.” Hein, a 2006 Roseburg High grad, said. “The car wasn’t real good up on the top of the track, but it was great on the bottom.” 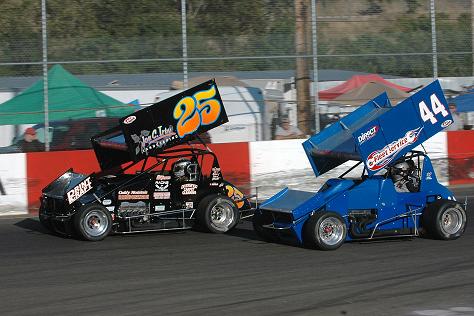 Lockwood, who led every lap of the NSRA Don Hein Memorial at DCS last August, has finished second to Jackson in as many races.

“(DCS) is probably my favorite track. I just love it here,” Lockwood said. “We had a good run tonight, but by the time we got up to second, (Jackson) was just so far ahead. All I could hope for was a yellow. She had a good car and we had a good car.”

Hein won the A Dash ahead of Alberding and Brown respectively. Scevers won the B Dash with Scevers placing second. Jackson won the first Heat while Randy DuBois, Poulsbo, Wash., and Hein finished second and third. Todd Coleman, Lynwood, Wash., captured the second Heat with Lockwood and Alberding close behind.

Hein entered the Pollard on pace for a third-consecutive NSRA title with a narrow 4-point advantage over Jackson. With his better qualifying position, the two drivers actually tied in event points and will transport their slim difference to Ephrata, Wash., in two weeks for the Rebel Jackson Memorial. Alberding recorded his best performance of the season Saturday and finished the first half of the tour third in the standings, 23 points behind his Roseburg rival. 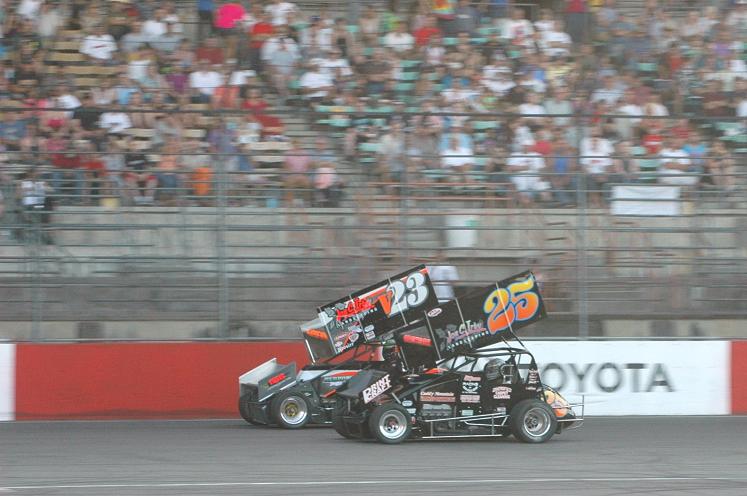 “We got a good start tonight, but the car was just too loose Alberding said. “We didn’t have any bite going into the corners, so once we got strung out there we couldn’t do much. We needed a caution so maybe the tires would have a chance to cool down.”

Alberding remained positive and optimistic as his team prepares for the tour’s second half.

“We still have a lot of racing to go. Ephrata is such an equalizing race track because there is absolutely no grip. It’s old asphalt and lapped traffic will come into play. Usually everybody slides all over the place because the track’s so slippery. But, usually Ephrata is one of our best races of the year.” 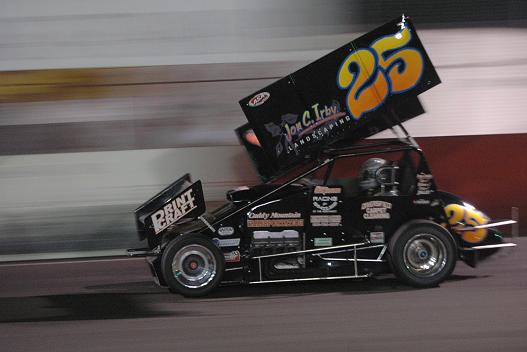 (You can reach NSRA publicist BZ ZELLER at This email address is being protected from spambots. You need JavaScript enabled to view it.)