3A Hoops Moving to the Coast 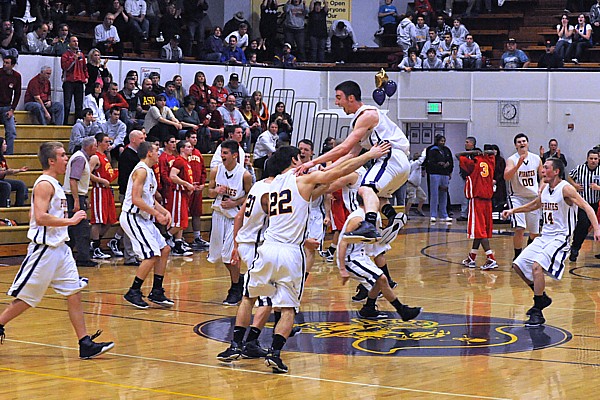 WILSONVILLE – The OSAA 3A Boys and Girls Basketball State Championships are moving to the southern Oregon coast.  Marshfield and North Bend high schools will host the tournaments beginning in March 2011 following a vote of the OSAA Executive Board.

The decision, nine to one in favor of the move, a two-year commitment, marks a return of championship basketball to Coos Bay as Marshfield previously was the site the OSAA A-2 boys tournament from 1959 through 1970.

Willamette University in Salem has been the only basketball site for the 3A classification, created in the OSAA’s expansion from four to a six-class system prior to the 2006-07 school year.

Assistant executive director Cindy Simmons, who directs basketball for the OSAA, praised Willamette University and its athletic staff for a successful four-year run of tournaments.

“They’ve really taken care of us and have been incredible to work with, but the schools are excited about Coos Bay and getting that small town feel,” she said, citing a recent survey of 3A superintendents which resulted in 28 of 42 supporting the change in venues.

OSAA executive board member and Marshfield principal Greg Mulkey, who abstained from voting, eased concerns of additional travel for competing schools with the Coos Bay and North Bend communities’ plans for discounted lodging, pre-sold tickets and the area’s overall enthusiasm to host the event.

“It’s the nicest old gym in the state of Oregon,” Mulkey said of 3,200-seat “Pirate Palace” at Marshfield High School.  “North Bend, with its recent renovation and 2,000 seats also is one of the state’s top facilities.  Both gyms will provide great atmosphere.”

Rather than the one-facility/four-day format of other OSAA tournaments, the 3A quarterfinals through finals will be held over three days at two facilities.

“Our community is very excited about this opportunity and will provide a wonderful experience for the student-athletes, coaches, parents and fans,” Mulkey said.