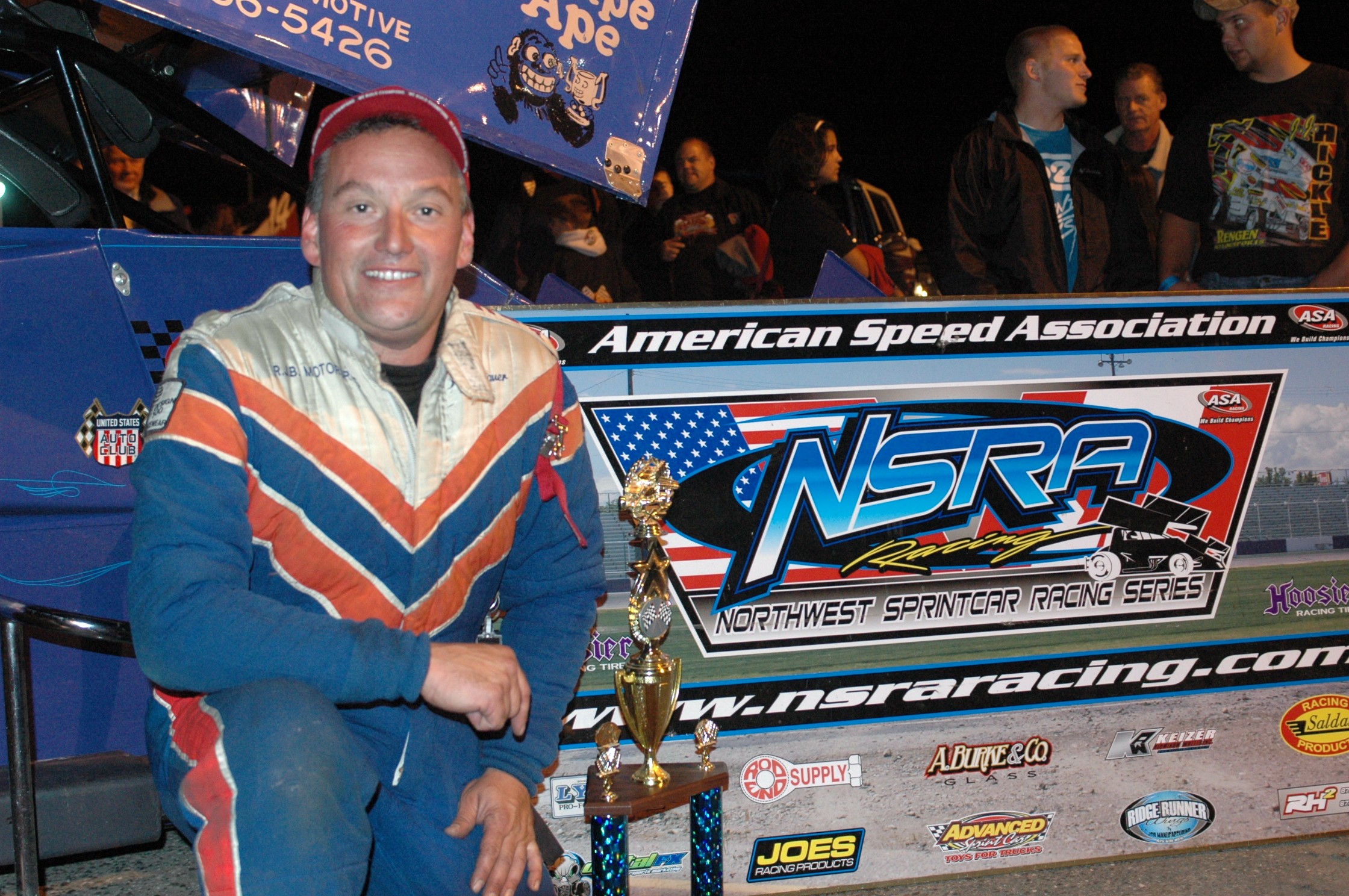 By BZ ZELLER
MONROE, Wash. -- Randy Bauer and Andy Alberding were on the same track at the same time and ironically, each raced to victory.
Bauer capitalized in his only American Speed Association/Northwest Sprintcar Racing Association race of the year by capturing the fifth annual Rory Price Memorial Saturday night at Evergreen Speedway. Eight seconds after Bauer claimed the checkered flag, Alberding crossed the finish line sixth, which was more than enough for the Roseburg, Ore., driver to claim the 2010 ASA/NSRA points championship.
The 30-lap feature on the 5/8-mile oval seemed well in hand for Cory Lockwood. The Nampa, Idaho teen started the 20-car grid outside the front row and when the initial green flag flew, he rocketed alone down the front stretch. Lockwood, who entered the tour’s finale third in points, began lapping slower traffic on Lap 4, owned more than a half-circuit lead over second place and had put ten cars a lap down before the first caution flew on Lap 21.
Bauer, of Hansville, Wash., started eighth and was running fourth during the yellow. Three laps later, the driver of Allen Goetz’ lavender No. 5 advanced into second, replacing pole-sitter and five-time NSRA champ, Rick Brown. Lockwood was racing alone with three laps to go when Bauer caught the break he needed. Last year’s Price winner, Drew Church, cut a tire and as he slowed around Turn 4, the track went yellow. 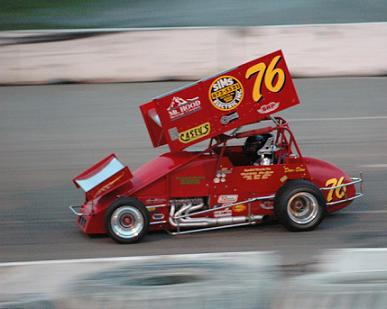 On the race’s final restart, Bauer timed the green perfectly and Lockwood momentarily slid high exiting Turn 4. The simultaneous action allowed Bauer to streak past the Monroe crowd toward Turn 1 en route to victory.
“I couldn’t have prayed for a yellow (flag) at a better time,” Bauer said. “I had watched him (Lockwood) the previous starts and knew what I had to do. I was not going to let him take off alone again. I got the jump I needed.”
Bauer stated that Saturday was just the third time in the past two years that he had been in the seat of Goetz’ sprinter. During the 2009 Price Memorial, he suffered mechanical failure and did not finish. Bauer offered a brief summary between the two different outcomes.
“Tonight the car was dynamite,” Bauer said.
Hoping to return to his 2007 ASA/NSRA champion status, Alberding appeared to be content with whatever track position the field offered and most intent on avoiding any altercations. The NSRA driver/president was the second fastest qualifier which increased his lead to 15 points. A top eight finish in the Main assured him the championship.
“I’ll admit, I didn’t drive the car very hard,” Alberding said. “I would have felt pretty stupid if I would have gotten into it with somebody and not finished the race.”
Lockwood crossed the finish line second, followed by Justin Mack, Brown and Jeff Bird. Jeff Montgomery was the top qualifier with a lap time of 19.045 seconds. Montgomery elected to start the Main 20th and was threatening to breach the top 10 when he blew a rear right tire and subsequently over heated, ending his night on Lap 20. Ten drivers eclipsed the 20-second barrier during qualifying, including Bauer (fifth, 19.344) and Alberding (second, 19.176). Robert Beck, Sierra Jackson and Lockwood all won their respective Heat races. The Trophy Dashes were cancelled due to threat of rain.
Lockwood’s demise came at the scales after the checkered. His team’s No. 99 sprinter weighed in 12 pounds light, which results in a disqualification. He entered the season finale third place in the ASA/NSRA point standings and may have yielded his final position to fellow Idaho teen, Jackson. 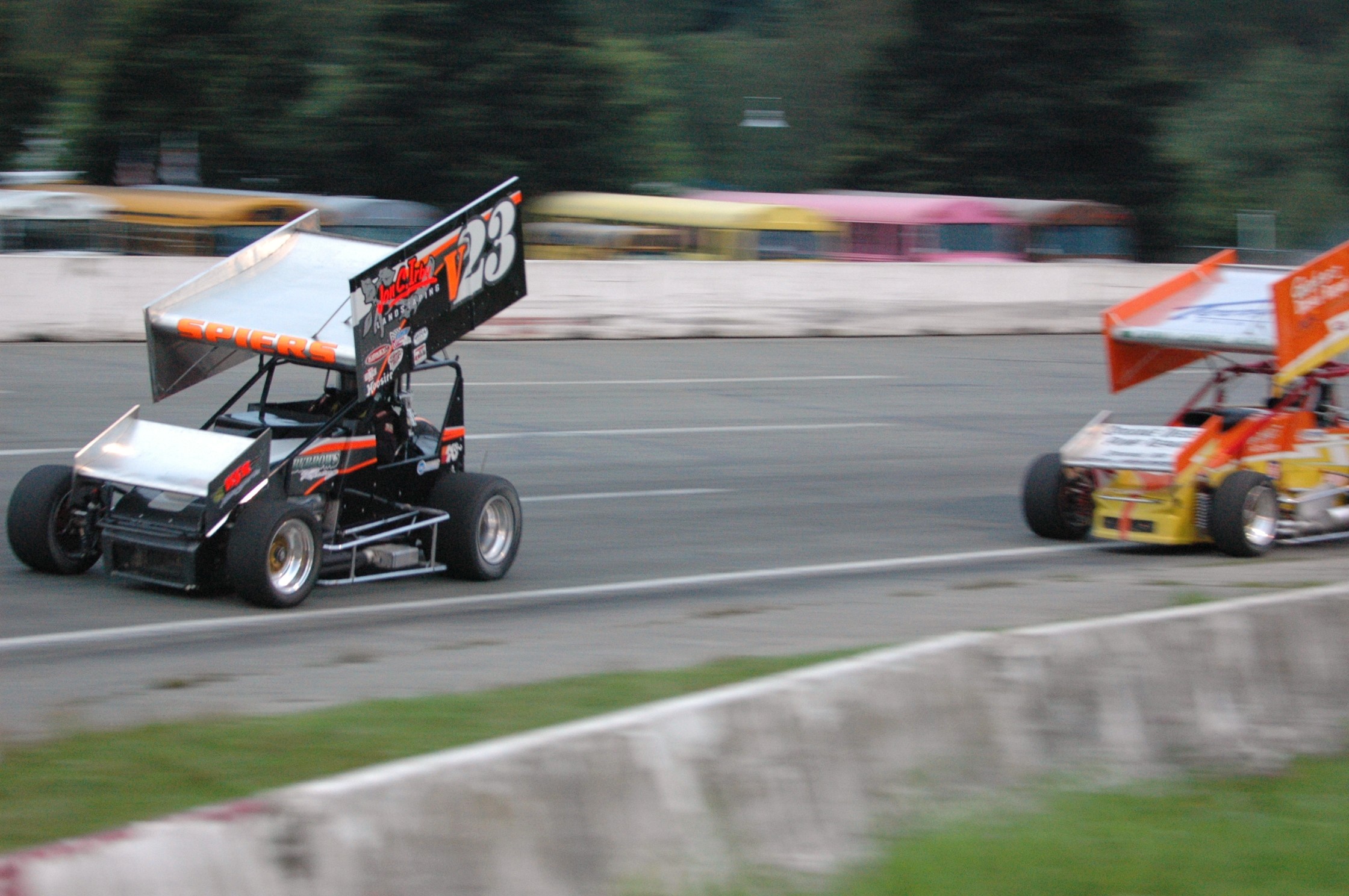