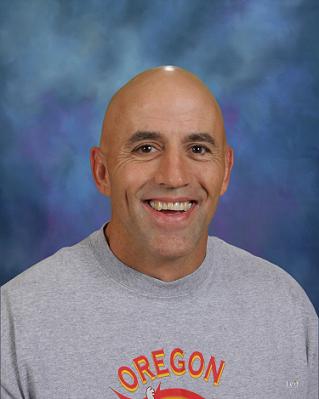 The Roseburg High School wrestling program has won four of the last five Class 6A state championships and a 2012 title is within its grasp. Douglas County Sports Online honors RHS head coach Steve Lander as its latest DC Great.

Lander was born in Gold Beach, but spent much of his childhood in Blaine, Washington. He would eventually make his way to Douglas County graduating from Roseburg High School in 1986. As a senior, he was named the Southern Oregon Conference's defensive 'player of the year' in football; and captured the school's first individual wrestling title (168lb) in more than 10 years.

"I actually enjoyed playing football more than anything else," Lander said. "Mainly because wrestling was a lot more work."

After graduating from RHS, Steve continued his athletic career in college earning a wrestling scholarship to Oregon State University in Corvallis. As a collegiate, he became a three-time Pac-10 placer and qualified for the NCAA Tournament one time.

In 2002, he officially took over the Roseburg wrestling program after serving one season as co-head coach. One year later, the Indians finished second at the state tournament. It wouldn't be until 2007 that Lander would get the first of his four state championships.

"The breakthrough moment for the program took place in '02 when Cody Parker won the state title," Lander said. "There were a lot of kids that were talented enough to do it, but Cody's success became an example to the others." "We were just starting to do some good things and winning always helps."

"I've been involved with wrestling for 33 years and learned from a lot of different coaches, but I like to think that what we do at RHS is unique," Steve said. "It's a style that's agressive and it's something people like to watch."

Lander gives much of the credit to his coaching staff and the Roseburg Mat Club with playing a big part in producing quality wrestlers each and every year. Currently, there are more than 100 wrestlers between the ages of 4-and-18 participating in the program.

"The dedication of the parents to drive their kids to practices and matches has been incredible," Steve said. "Last year's senior class (Seth Thomas, Drew Van Anrooy, Chayse Jackson and the Fors brothers) had been with me for 12 years."

This year, the top-ranked Indians are again primed and ready to win a third consecutive big school championship. Roseburg has dominated all of its conference opponents and recently captured the Reser's Tournament of Champions which featured the top programs in the state.

The 2012 OSAA State Championships are set for February 24-25 in Portland.