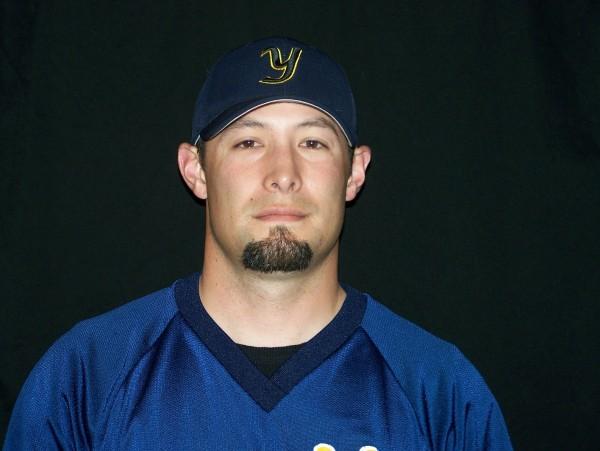 The draw of a small town and its fond memories has led this former star athlete back home to coach at his alma mater. Yoncalla graduate and current Eagles head football and baseball coach JJ Mast is being recognized as Douglas County Sports Online's latest DC Great.

JJ spent his entire youth in Yoncalla and couldn't wait for the day that he would wear an Eagles uniform. As a freshman, he earned some valuable experience with varsity teams, but it wasn't until his sophomore year that local sports fans got to see the three-sport star shine on the playing fields.

Mast was a talented running back and hard-hitting outside linebacker that helped lead Yoncalla to the postseason in all three of his years as a starter. He was a two-time, first-team all-league selection and as a senior was named the Big Fir's offensive 'player of the year' and a first-team all-state running back. JJ rushed for over 1200 yards and scored 28 touchdowns to help lead the team into the state quarterfinals.

"We were a deep team with 22 seniors and only three starters played both offense and defense," Mast said. "We outscored our opponents 464-53 and finished the year 10-1 after losing to Regis in the quarters."

JJ's athletic talents extended well beyond the gridiron also becoming a three-year starter in basketball and baseball. He was a first-team all-league basketball player as a senior and played an intregal part in Yoncalla's fifth-place finish at the state tournament. That same year, he was also a second-team all-state selection.

If that wasn't enough, Mast also dominated on the diamond as a first-team all-league shortstop leading the Eagles into the semifinals in two of his three seasons. Not only was he a solid defensive player, but in one game, he hit for the cycle going 5-for-5 at the plate, including a grand slam.

"I had a pretty good career, but I was lucky to play with a very talented group of kids," JJ said. "For a small school, we had a long stretch of quality athletes like Jeromy Palki, David Pettit and my younger brother Shane (Mast)."

Mast would continue his football career for two more seasons at Western Oregon in Monmouth, but his playing days were cut short due to a serious shoulder injury. He logged significant time as a backup running back in college and one of his fondest memories was scoring the winning touchdown over a Southern Oregon team led by (former Roseburg player and DC Great) Scott Filley.

Today, JJ works in the Yoncalla School District and is the head coach for both the Eagles' football and baseball programs. His first head coaching position was at Elkton High School (2005-07) where in 2006 he led the Elks to their first winning season in 12 years.

"Coming back to the school you played at isn't always easy," Mast said. "We had a lot of success in the past and I would like to give these kids a chance to have some of the same experiences that I had."

This past fall, Yoncalla finished with a record of 2-7 and won only one game in the Mountain View Conference. So far this spring, the Eagles have also struggled on the baseball field, but JJ is not discouraged.

"Back in my playing days it was known as the Big Fir League and many of the football coaches had been around for a long time like Mike Bendele here at Yoncalla, Gene Forman at Riddle and Steve Prock at Glendale," Mast said. "I really hope we can turn things around and get back to where Yoncalla is competing for a conference title every year."