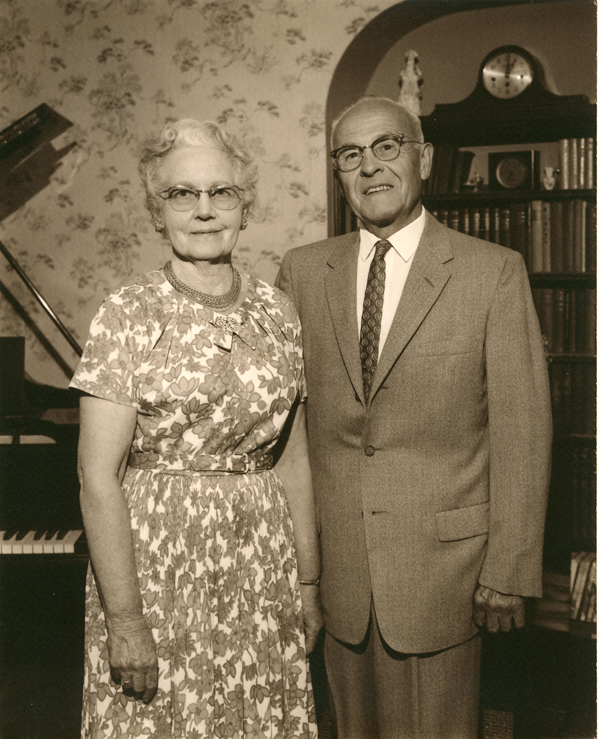 Generations of Roseburg football fans have watched their beloved Indians play their home games at Finlay Field, but very few know the man behind the name. Douglas County Sports Online is honored to recognize Dr. Gilbert Finlay as the latest DC Great.

Finlay was born and raised in the state of Michigan and enjoyed playing sports from an early age. Despite being only 5'4", 120 pounds and a lifelong diabetic, he was a talented all-around athlete participating in football, basketball and baseball.

"Baseball was definitely his passion," grandson Scott Finlay said. "He was offered an opportunity to play in the White Sox organization, but opted for dentistry as a more solid career choice."

After graduating from college in the midwest, Finlay made his way to Oregon and opened his practice. However, Dr. Finlay still found time to stay involved in athletics. In 1911, he took an interest in Roseburg High School and eventually became the head coach of the boys' basketball team. During the 1916-17 season, Roseburg entered the state tournament at Willamette University in Salem and under the guidance of Dr. Finlay, the Indians defeated Silverton, Woodburn, and Salem and was presented the championship trophy declaring RHS the right to the “State Championship”. The following season Roseburg finished as runner-up at the state tournament. Unfortunately, the first official year cited by the OSAA for championship play came in 1919.

"He loved sports and just wanted to help out the youth in the area," Scott Finlay said. "Not only was he Roseburg's first basketball coach, but he also served as the school's Athletic Director from 1913 through 1921."

On November 5, 1925, Dr. Finlay was honored for his contributions to the students and programs at Roseburg High School by having the football field dedicated in his name. Finlay, who was married with two sons, remained a part of RHS athletics until his death in 1979.

Today, the name Finlay is still prominent in Douglas County. One of Dr. Finlay's sons, James, followed in his dad's footsteps and became a dentist. James R. Finlay was also a solid athlete competing in basketball and track at Roseburg in the late 30's before playing one season for legendary basketball coach Slats Gill at Oregon State University in Corvallis. The 86-year old Finlay lives in Glide and still attends Roseburg football games.

Two of Dr. Finlay's grandsons, Jim Jr. and Dave, also made their way into the field of dentistry. Dave Finlay, who still has a practice in downtown Roseburg, also played high school football for the Indians and was a starting halfback and cornerback in the late 1960's. One of Dr. Finlay's other grandchildren, Scott, played basketball and tennis at RHS in the late 70's and is a teacher at Jolane Middle School.

A number of Dr. Finlay's great-grandchildren have also gone through the Roseburg school system, including Paula Finlay, who set high school records as a swimmer at RHS and went on to compete in college at Oregon State.