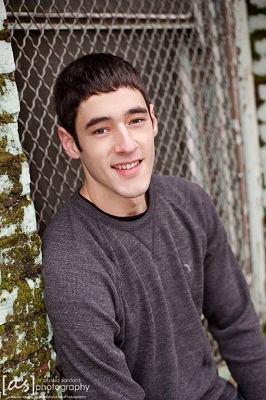 South Umpqua hopes the return of the league's top player will be enough to get the Lancers back to the state tournament for the first time since 2002. Douglas County Sports Online shines the Avista Athlete Spotlight on senior Austin Page.

The 6'5" guard was named the Far West League's co-Player of the Year in 2012 after guiding the team to a 16-8 record and an appearance in the Class 4A state playoffs. Page has been a member of the varisty program for all four seasons of his high school career and believes this year's team has what it takes to get to the next level.

"This group is very close and we all hang out together outside of basketball," Austin said. "We have great chemistry, push each other each and every day in practice and we're committed."

If the season opening tournament in Sutherlin is any indication, the Lancers have a lot to look forward to in 2013. SU trailed Glide by 11 points with just over two minutes to go in the game, but behind the leadership of Page and fellow seniors Blake Johnson and Nathan Phillips the Lancers came back for a 48-46 victory.

"That was probably the most memorable game of my high school career," Austin said. "I've been playing against Brandon (Halter) since the sixth grade and it was a great feeling to get a win against a quality team."

It's been an entire decade since South Umpqua has made it to the state tournament and Page and his teammates hope this is the year that streak comes to an end.

"We set personal and team goals before the season started, but it's the team goal that is most important to us," Page said. "This team has high expectations."

The curtain will close on Austin's prep career in the next few months, but the senior guard plans to continue playing basketball in college where he will study physical therapy.