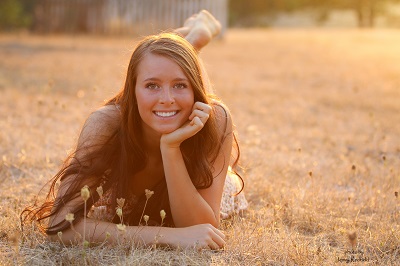 The Oakland High athletics program has a big hole to fill next season.

For the past four years, one of its talented student-athletes has excelled on the hardwood and at the track, scoring accolades in the classroom and beyond. Douglas County Sports Online proudly shines the Avista Athlete Spotlight on 2015 graduate Cora Gallop.

Born in Reno, Nevada, Cora's family moved to Oakland when she was still a baby and she attended Oakland schools her entire life.

A standout athlete at Oakland High, the college-bound grad lettered all four years in volleyball and basketball.

"Cora was a great team leader this season," says volleyball head coach Christina Walker-Clark. "She maintained a good attitude and really showed her ability to not get down when the team was struggling. She was willing to step up and take on the challenge of being a setter even though she had never worked on the position in the past. It was a pleasure working with Cora. She has a bright future ahead of her due to her competitiveness and her strong work ethic."

She was a 1st Team All-League volleyball player twice. In basketball she was named 2nd Team All-Tournament, 2nd and 3rd Team All-State, three-time 1st Team All-League and was Co-MVP of the Mountain View Conference her senior year. In addition, she was awarded a spot on the All-League Defensive Team and named Defensive Player of the Year for the 2014-15 season. 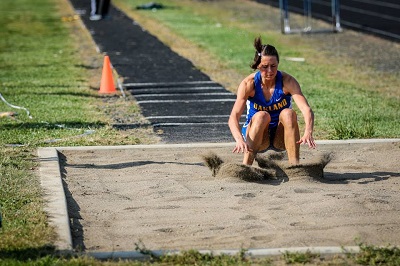 "Cora brought a high level of athleticism to Oakland basketball and ensured her a starting spot in the lineup for four years," says head girls basketball coach Don Witten. "Because of her length and quickness, she was a tough matchup for Mountain View Conference opponents, and her quick hands provided so many steals in our front line of defense. We wish her well at Southern Oregon University." 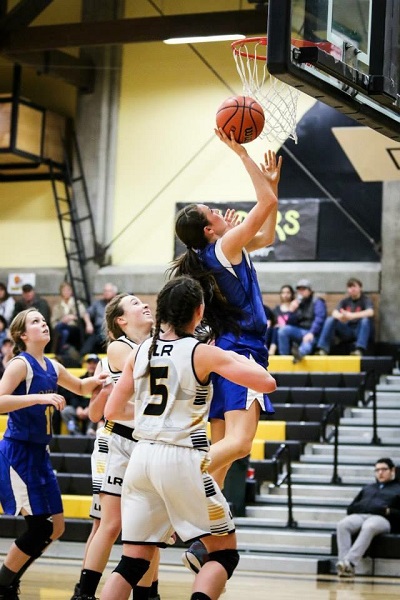 She lettered three years in track & field, her favorite sport. She was a two-time state champion and twice a state placer. She was awarded Female Track Athlete of the Year for the Mountain View Conference twice.

"Track is my favorite because I like the mix of individual and team aspects," she says.

"She takes pride in helping and encouraging others regardless of what team they are a member," Simonson says. "I've had the opportunity to coach Cora for three years and I've watched her develop into the powerhouse athlete she has become. She'll leave a huge leadership hole in our team that far surpasses her athleticism. I'm eager to see how much more her skills will develop when training with Southern Oregon University."

Off the court, Cora has excelled in the classroom as a three-year scholar athlete and a member of the National Honor Society. She plans to continue mixing education and athletics in college.

"Next fall I plan to attend Southern Oregon University where I'll major in communications and minor in criminal justice," says Gallop. "I will also be running track for SOU."

She's also tried her hand at other types of competition, such as competing in the 2015 Miss Douglas County Pageant, a preliminary scholarship pageant for the Miss America organization.

"Competing in Miss DC was a great experience," Cora says. "I grew so much as an individual. I learned interview skills, how to walk in heels and the overall importance of being confident in yourself as 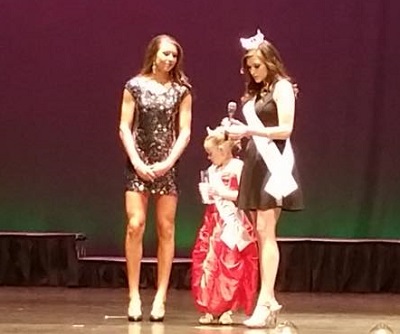 a woman. I did Miss DC because it's something nobody would expect from me. I don't want people to think I'm just a jock; I want people to see that I have more skills and qualities that set me apart from others."

She says her parents helped influence her athletic career by always pushing her to want to be the best athlete she could be.

"They always encouraged me to use failure as a motivation to become a better athlete as well as a better person. My mom has missed maybe four games in my entire high school career. She's traveled all over the state to watch me compete. She's my number one supporter and I'm truly lucky to have her by my side."

Summing up her four years as a student-athlete at Oakland High she says being an Oaker was an amazing experience and she's proud of the impact she's made on the athletic program.

"I love the feeling of being able to leave my name behind on the track record board because it's an accomplishment that I got to share with my amazing track coaches and the people of Oakland. Oakland allowed me to strive for greatness in whatever adventure I decide to conquer."